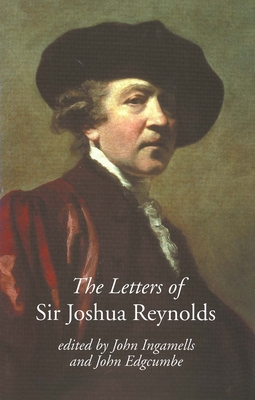 The Letters of Sir Joshua Reynolds

Sir Joshua Reynolds could never have anticipated an edition of his letters; he once told Boswell that “If I felt the same reluctance in taking a Pencil in my hand as I do a pen I should be as bad a Painter as I am a correspondent.” Yet although his surviving letters are those of a busy man, and many are perfunctory responses or requests, they remain of considerable interest to the reader.

This is the first edition of letters by Reynolds to be published since 1929. Since that date the number of known letters has almost doubled. The new volume contains a total of 308 letters by the artist to friends, family, and patrons, all of which are accompanied by detailed notes to identify the recipient and illuminate the text.

John Ingamells was director of the Wallace Collection from 1978 to 1992 and is now a senior research fellow at the Paul Mellon Centre. He is the author of A Dictionary of British and Irish Travellers in Italy, published by Yale University Press. John Edgcumbe is a retired physician and a descendent of Sir Joshua Reynolds.
Loading...
or
Not Currently Available for Direct Purchase