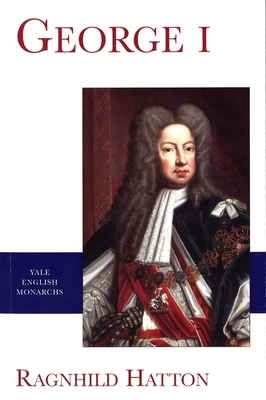 George I (The English Monarchs Series)

In 1714 George Ludwig, the fifty-eight-year-old elector of Brunswick-Luneburg, became, as George I, the first of the Hanoverian dynasty to rule Britain. Until his death in 1727 George served as both elector of Hanover and British monarch. An enigmatic figure whose real character has long been concealed by anti-Hanoverian propaganda, George emerges in this groundbreaking biography as an impressive ruler who welcomed the responsibilities the accession brought him and set out to bring culture to what he considered the unsophisticated English nation.

Ragnhild Hatton’s biography is the only comprehensive account of George’s life and reign. It draws on a wide range of archival sources in several languages to illuminate the fascinating details of George’s early life and dynastic crises, his plans and ambitions for the British nation, the impact of his rationalist ideas, and his accomplishments as king. The book also examines the king’s private life, his family relationships in both Prussia and England, his private interest in music and the arts, and the improvement of his British and Hanoverian properties.