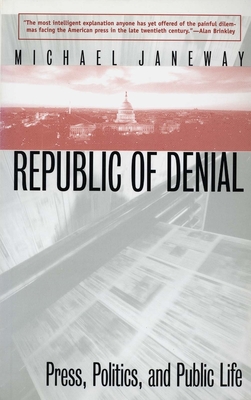 This thought-provoking book offers the most insightful critique of the relationship among the press, politics, and public life in decades. Disdain for politics today in the United States is almost universal. Condemnation of the press is rampant as well. Until we understand the modern condition of politics and journalism—and the cultural context in which they interact—says Michael Janeway, there’s small hope of either recovering its standing. Drawing on years of experience at the top levels of the news business and in politics and government, Janeway provides an integrated, insider’s critique of the profound changes in each of these professional worlds, showing how trends in each have contributed to deepening public alienation.

From its confident post-World War Two era of world leadership, the United States entered a difficult period of turbulence and reversals in the 1960s and 1970s. With wit, clarity, and an eye for offbeat cultural indicators, Janeway examines the full complex of forces that have corroded our press, politics, and public life since then. The result, he argues, is a loss of substance and structure in public life as well as citizen connection to it, a vacuum all too easily filled by political entertainers, shallow coverage of “character,” and—engulfing the nation in convulsive crisis for a year of its history—the politics of scandal.

None of today’s proposed remedies for the failings of our press or politcal system is adequate, Janeway argues, for none take full account of the integral relationship between the two spheres. In the absence of recognition of its buried democratic crisis, Janeway concludes, the United States has become a “republic of denial.”