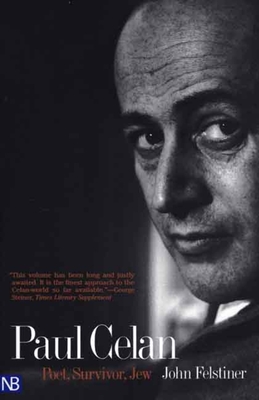 Paul Celan, Europe's most compelling postwar poet, was a German-speaking, East European Jew. His writing exposes and illumines the wounds that Nazi destructiveness left on language. John Felstiner's sensitive and accessible book is the first critical biography of Celan in any language. It offers new translations of well-known and little-known poems—including a chapter on Celan's famous "Deathfugue"—plus his speeches, prose fiction, and letters. The book also presents hitherto unpublished photos of the poet and his circle.

Drawing on interviews with Celan's family and friends and his personal library in Normandy and Paris, as well as voluminous German commentary, Felstiner tells the poet's gripping story: his birth in 1920 in Romania, the overnight loss of his parents in a Nazi deportation, his experience of forced labor and Soviet occupation during the war, and then his difficult exile in Paris. The life's work of Paul Celan emerges through readings of his poems within their personal and historical matrix. At the same time, Felstiner finds fresh insights by opening up the very process of translating Celan's poems.

To present this poetry and the strain of Jewishness it displays, Felstiner uncovers Celan's sources in the Bible and Judaic mysticism, his affinities with Kafka, Heine, Hölderlin, Rilke, and Nelly Sachs, his fascination with Heidegger and Buber, his piercing translations of Shakespeare, Dickinson, Mandelshtam, Apollinaire. First and last, Felstiner explores the achievement of a poet surviving in his mother tongue, the German language that had passed, Celan said, "through the thousand darknesses of deathbringing speech."
or
Buy Here
Copyright © 2020 American Booksellers Association