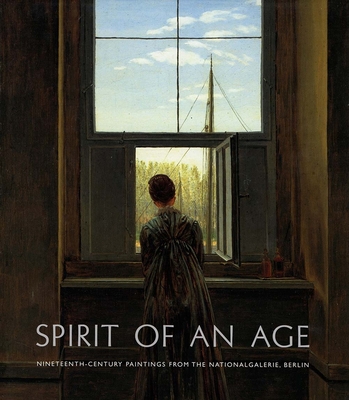 Spirit of an Age

This magnificent book traces the development of nineteenth-century German paintings through the story of a remarkable institution--the Nationalgalerie in Berlin, one of Germany’s most important collections. In their substantial general essays, Françoise Forster-Hahn surveys the social and political background to art and culture in Berlin in the nineteenth century; Claude Keisch and Angelika Wesenberg discuss the reception of German painting in Germany itself; and Peter-Klaus Schuster provides a historical overview of the Nationalgalerie.

The authors focus on some seventy paintings, from the sublime canvases of Caspar David Friedrich and other Romantic painters early in the nineteenth century to scenes of industrial Berlin and the brilliantly observed works of the naturalists of the 1840s and 1850s, ending with the Impressionist and Post-Impressionist innovations of French and German artists that so startled Berlin around 1900, when the Nationalgalerie acquired them against the wishes of the highly conservative and anti-French Kaiser. Richly detailed cityscapes by Eduard Gaertner and Johann Erdmann Hummel provide wonderful views of mid-century Berlin, and powerful works by Max Beckmann and Lovis Corinth announce the Expressionism of later decades of the twentieth century.