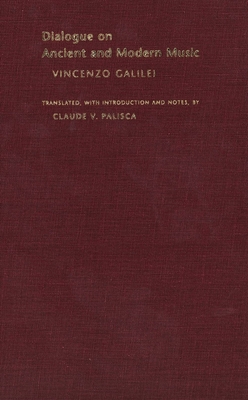 Vincenzo Galilei, the father of the astronomer Galileo, was a guiding light of the Florentine Camerata. His Dialogue on Ancient and Modern Music, published in 1581 or 1582 and now translated into English for the first time, was among the most influential music treatises of his era.

Galilei is best known for his rejection of modern polyphonic music in favor of Greek monophonic song. The treatise sheds new light on his importance, both as a musician who advocated a new philosophy of music history and theory based on an objective search for the truth, and as an experimental scientist who was one of the founders of modern acoustics.