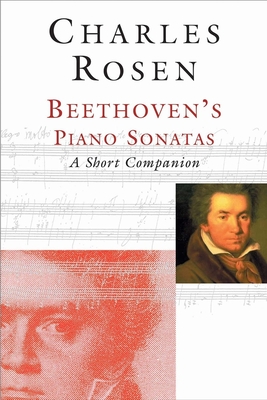 Beethoven’s piano sonatas form one of the most important collections of works in the whole history of music. Spanning several decades of his life as a composer, the sonatas soon came to be seen as the first body of substantial serious works for piano suited to performance in large concert halls seating hundreds of people.

In this comprehensive and authoritative guide, Charles Rosen places the works in context and provides an understanding of the formal principles involved in interpreting and performing this unique repertoire, covering such aspects as sonata form, phrasing, and tempo, as well as the use of pedal and trills. In the second part of his book, he looks at the sonatas individually, from the earliest works of the 1790s through the sonatas of Beethoven’s youthful popularity of the early 1800s, the subsequent years of mastery, the years of stress (1812–1817), and the last three sonatas of the 1820s.

Composed as much for private music-making as public recital, Beethoven’s sonatas have long formed a bridge between the worlds of the salon and the concert hall. For today’s audience, Rosen has written a guide that brings out the gravity, passion, and humor of these works and will enrich the appreciation of a wide range of readers, whether listeners, amateur musicians, or professional pianists.
The book includes a CD of Rosen performing extracts from several of the sonatas, illustrating points made in the text.

Charles Rosen (1927–2012) was an internationally respected pianist. A pupil of Moriz Rosenthal, he has performed and recorded a wide repertoire from Bach to Pierre Boulez. His prize-winning books include The Classical Style, The Romantic Generation, Romantic Poets, Critics and Other Madmen, and Critical Entertainments.