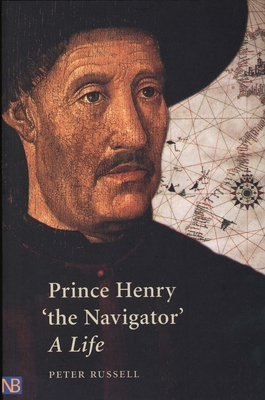 Henry the Navigator, fifteenth-century Portuguese prince and explorer, is a legendary, almost mythical figure in late medieval history. Considered along with Columbus to be one of the progenitors of modernity, Prince Henry challenged the scientific assumptions of his age and was responsible for liberating Europeans from geographical restraints that had bound them since the Roman Empire’s collapse. In this enthralling account of Henry’s life—the first biography of “The Navigator” in more than a century—Peter Russell reaps the harvest of a lifelong study of Prince Henry. Making full use of documentary evidence only recently available, Russell reevaluates Henry and his role in Portuguese and European history.

Examining the full range of Prince Henry’s activities, Russell discusses the explorer’s image as an imperialist and as a maritime, mathematical, and navigational pioneer. He considers Henry’s voyages of discovery in the African Atlantic, their economic and cultural consequences, and the difficult questions they generated regarding international law and papal jurisdiction. Russell demonstrates the degree to which Henry was motivated by the predictions of his astrologer—an aspect of his career little known until now—and explains how this innovator, though firmly rooted in medieval ways of thinking and behaving, set in motion a current of change that altered European history.

Sir Peter Russell was until his retirement King Alfonso XIII Professor of Spanish Studies and for many years also director of Portuguese studies at the University of Oxford. A fellow of the British Academy and the Royal Historical Society, he is also a commander of the Order of Prince Henry, Portugal. Most recent of his many books is From John of Gaunt to Henry the Navigator and Beyond.
Loading...
or
Not Currently Available for Direct Purchase