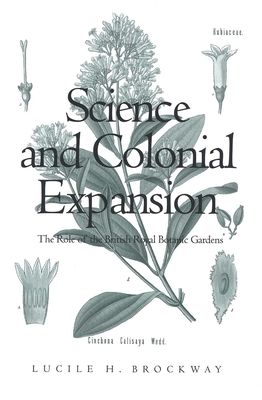 The Role of the British Royal Botanic Gardens

This widely acclaimed book analyzes the political effects of scientific research as exemplified by one field, economic botany, during one epoch, the nineteenth century, when Great Britain was the world’s most powerful nation. Lucile Brockway examines how the British botanic garden network developed and transferred economically important plants to different parts of the world to promote the prosperity of the Empire.

In this classic work, available once again after many years out of print, Brockway examines in detail three cases in which British scientists transferred important crop plants—cinchona (a source of quinine), rubber and sisal—to new continents. Weaving together botanical, historical, economic, political, and ethnographic findings, the author illuminates the remarkable social role of botany and the entwined relation between science and politics in an imperial era.