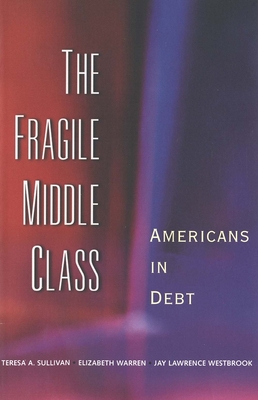 Since 1997, the number of American families filing for federal bankruptcy annually has exceeded one million. By most measures, those who file are members of the middle class—a group that has long provided stability and vitality for the American economic system. This raises the troubling question: why, during the most remarkable period of prosperity in our history, are unprecedented numbers of Americans encountering such serious financial trouble?

The authors of this important book analyze court records and demographic data on thousands of bankruptcy cases, as well as debtors’ own poignant accounts of the reasons for their bankruptcies. For many middle-class Americans, the findings show, financial stability is fragile—almost any setback can be disastrous. The erosion of job stability, divorce and family instability, the visible and invisible costs of medical care, the burden of home ownership, and the staggering weight of consumer debt financed with plastic combine to threaten the financial security of growing numbers of middle-class families. The authors view the bankruptcy process in the light of changing cultural and economic factors and consider what this may signify for the future of a large, secure, and dynamic middle class.