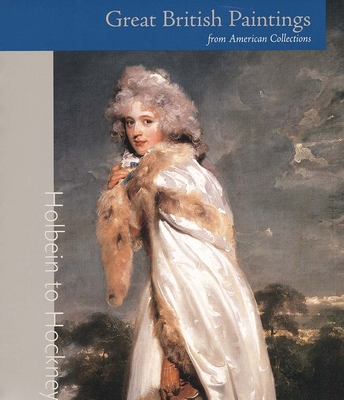 Outside Britain itself, the richest holdings of British art are found in American collections. This extraordinary presentation of some 85 works pays tribute to this strength of American collecting, while offering a fresh and engaging account of the history of painting in Britain from the sixteenth century to the present. The selection is drawn from collections from around the United States, both public and private, and includes spectacular pictures from the Yale Center for British Art and the Huntington Art Collections in California--the two leading collections of British art in America. Among the highlights are such masterpieces as Sir Anthony Van Dyck’s portrait of Queen Henrietta Maria with her dwarf, Sir Jeffrey Hudson, William Hogarth’s Beggar’s Opera, Thomas Gainsborough’s Blue Boy, Henry Fuseli’s Nightmare, John Constable’s Hadleigh Castle, J. M. W. Turner’s Staffa, Fingal’s Cave, and William Holman Hunt’s Lady of Shalott. Following introductory essays by Malcolm Warner on anglophilia and art, and by Robyn Asleson on the history of collecting British art in the States, each painting is reproduced in color, with a discussion of its artistic importance and the circumstances of its crossing the Atlantic.

Malcolm Warner is senior curator of paintings and sculpture at the Yale Center for British Art. Robyn Asleson is research associate at the Huntington Art Collections.
Loading...
or
Not Currently Available for Direct Purchase