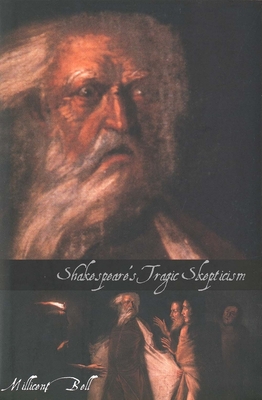 Readers of Shakespeare’s greatest tragedies have long noted the absence of readily explainable motivations for some of Shakespeare’s greatest characters: why does Hamlet delay his revenge for so long? Why does King Lear choose to renounce his power? Why is Othello so vulnerable to Iago’s malice? But while many critics have chosen to overlook these omissions or explain them away, Millicent Bell demonstrates that they are essential elements of Shakespeare’s philosophy of doubt. Examining the major tragedies, Millicent Bell reveals the persistent strain of philosophical skepticism. Like his contemporary, Montaigne, Shakespeare repeatedly calls attention to the essential unknowability of our world.

In a period of social, political, and religious upheaval, uncertainty hovered over matters great and small—the succession of the crown, the death of loved ones from plague, the failure of a harvest. Tumultuous social conditions raised ultimate questions for Shakespeare, Bell argues, and ultimately provoked in him a skepticism which casts shadows of existential doubt over his greatest masterpieces.

Millicent Bell is professor emerita of English literature at Boston University. Her previous books include Marquand: An American Life and Meaning in Henry James.
Loading...
or support indie stores by buying on