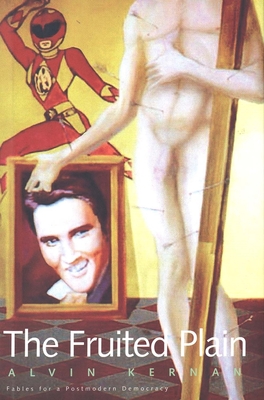 Fables for a Postmodern Democracy

The beleaguered Joad family of Steinbeck’s Grapes of Wrath struggled in an era of disappointed dreams and empty pockets. But how might the grandchildren of that Dust Bowl generation fare in today’s more promising times? In this boisterously inventive book Alvin Kernan sends various descendants of the original Joad family on a postmodern journey out of California and into the excesses of American culture at the beginning of the twenty-first century. The experiences of today’s Joads are as hilarious as they are discomfiting: they encounter in Kernan’s America a world of democracy gone haywire and social institutions in perplexing disarray.

In ten satiric episodes, Kernan visits virtually every important American institution—the family, education, religion, art, the military, law courts, sex, science and medicine, politics, and not least television and its advertisements. Unsparing with his barbs, he reveals both the fools and the knaves among us. Kernan’s modern-day Joads find themselves in a distorted world where a surplus of democracy not only fails to free its inhabitants but also makes them vulnerable to the machinations of greedy and unscrupulous exploiters. Echoing the voices of such other provocative wits as Evelyn Waugh and Tom Wolfe, Kernan will make you laugh at the absurdity of American culture and—in all likelihood—at yourself.