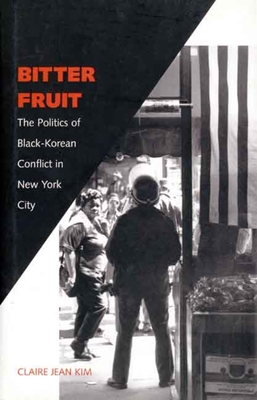 The Politics of Black-Korean Conflict in New York City

Conflict between Blacks and Koreans has increased in American cities during the past two decades. In this timely book, Claire Jean Kim investigates the most prolonged episode of such conflict—the Flatbush Boycott of 1990, when Black nationalist and Haitian activists led a boycott and picketing campaign against two Korean-owned produce stores in Flatbush, Brooklyn. Drawing on years of in-depth interviewing, Kim helps us understand why Black activists engage in such collective actions and why other parties respond as they do.

Kim rejects conventional wisdom that Black-Korean conflict constitutes racial scapegoating, the irrational venting of Black rage on Korean merchants. She argues instead that it is in response to White dominance in American society, which generates a distinct racial order that encourages conflict among different groups, provokes racial resistance, and delegitimates and silences such resistance. Kim asserts that the Flatbush Boycott was part of a larger resurgence of Black Power activism in New York City, that Haitian immigrants mobilized out of overlapping transnational and racial identities, and that Korean Americans responded by launching a countermovement seeking to restore the status quo. Racial protests are inevitable, she says, as long as conditions of racial injustice prevail.

Claire Jean Kim is assistant professor in the Department of Political Science and the Asian American Studies program at the University off California, Irvine.
Loading...
or
Not Currently Available for Direct Purchase