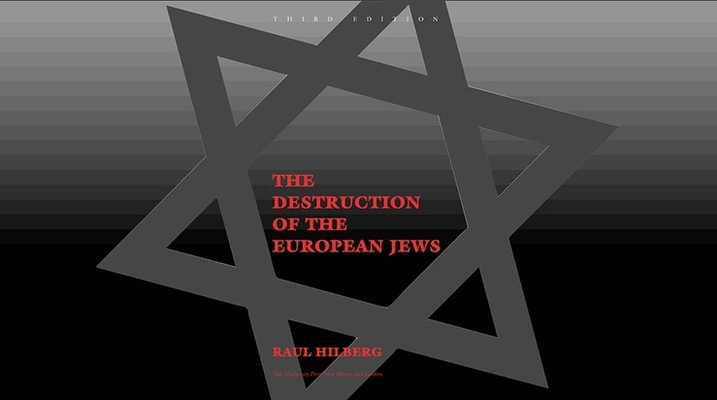 The Destruction of the European Jews

The Destruction of the European Jews is widely considered the landmark study of the Holocaust. First published in 1961, Raul Hilberg’s comprehensive account of how Germany annihilated the Jewish community of Europe spurred discussion, galvanized further research, and shaped the entire field of Holocaust studies. This revised and expanded edition of Hilberg’s classic work extends the scope of his study and includes 80,000 words of new material, particularly from recently opened archives in eastern Europe, added over a lifetime of research. It is the work of a scholar who has devoted more than fifty years to exploring and analyzing the realities of the Holocaust.

Spanning the twelve-year period of anti-Jewish actions from 1933 to 1945, Hilberg’s study encompasses Germany and all the territories under German rule or influence. Its principal focus is on the large number of perpetrators—civil servants, military personnel, Nazi party functionaries, SS men, and representatives of private enterprises—in the machinery of death.

Raul Hilberg is professor emeritus of political science at the University of Vermont.
Loading...
or
Not Currently Available for Direct Purchase