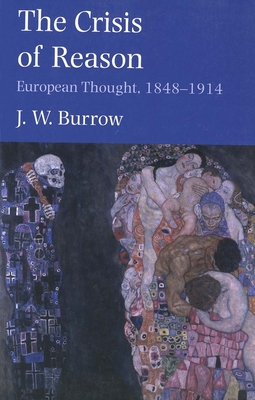 The Crisis of Reason (Paperback)

This elegantly written book explores the history of ideas in Europe from the revolutions of 1848 to the beginning of the First World War. Broader than a straight survey, deeper and richer than a textbook, this work seeks to place the reader in the position of an informed eavesdropper on the intellectual conversations of the past.

J. W. Burrow first outlines the intellectual context of the mid-nineteenth century, using ideas taken from physics, social evolution, and social Darwinism, and anxieties about modernity and personal identity, to explore the impact of science and social thought on European intellectual life. The discussion encompasses powerful and fashionable concepts in evolution, art, myth, the occult, and the unconscious mind; the rise of the great cities of Berlin, Paris, and London; and the work of literary writers, philosophers, and composers. Most of the great intellectual figures of the age—and many of the lesser known—populate the book, among them Mill, Bakunin, Nietzsche, Bergson, Renan, Pater, Proust, Clough, Flaubert, Wagner, and Wilde. The author wears his erudition lightly, and this distinguished book will be both entertaining and accessible to scholars, students, and general readers alike.

J. W. Burrow is professor of European thought at Oxford University and fellow of Balliol College. Among his previous books are Evolution and Society, A Liberal Descent, and Gibbon.
or support indie stores by buying on
Copyright © 2020 American Booksellers Association