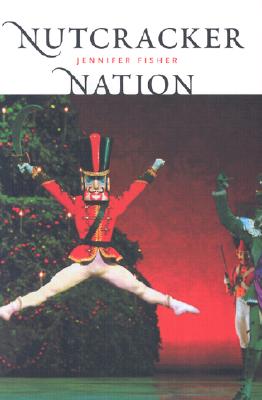 The Nutcracker is the most popular ballet in the world, adopted and adapted by hundreds by hundreds of communities across the United States and Canada every Christmas season. In this entertainingly informative book, Jennifer Fisher offers new insights into the Nutcracker phenomenon, examining it as a dance scholar and critic, a former participant, an observer of popular culture, and an interviewer of those who dance, present, and watch the beloved ballet. Fisher traces The Nutcracker's history from its St. Petersburg premiere in 1892 through its emigration to North America in the mid-twentieth century to the many productions of recent years. She notes that after it was choreographed by another Russian immigrant to the New World, George Balanchine, the ballet began to thrive and variegate: Hawaiians added hula, Canadians added hockey, Mark Morris set it in the swinging sixties, and Donald Byrd placed it in Harlem. The dance world underestimates The Nutcracker at its peril, Fisher suggests, because the ballet is one of its most powerfully resonant traditions. After starting life as a Russian ballet based on a German tale about a little girl's imagination, The Nutcracker has become a way for Americans to tell a story about their communal values and themselves.