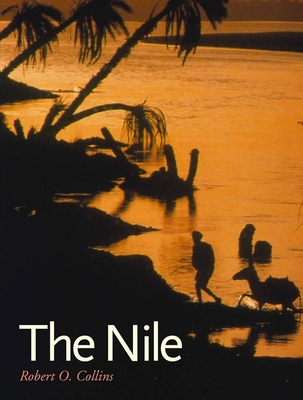 The Nile is the longest river in the world. In its route from the Lake Plateau of East Africa to the Mediterranean, the Nile flows for more than four thousand miles through nine countries: Tanzania, Kenya, Congo, Burundi, Rwanda, Ethiopia, Uganda, the Sudan, and Egypt. The river begins in volcanoes and mountains with glacial snows and ends in arid deserts.

Throughout history, the banks of the Nile have been home to many peoples, from Bantu cultivators, Nilotic herdsmen, and Ethiopians in their highlands to the Sudanese, Nubians, and Egyptians on the plains below. No other river in the world has embraced such human diversity. But the huge and varied populations that have thrived on the waters of the Nile have also exerted extraordinary pressures on the river and its environment. From the early canals dug by the pharaohs to the building of the Aswan High Dam in 1971, civilizations have struggled to tame the Nile and control its resources. In The Nile, Robert Collins charts this dynamic interplay between man and nature in chronicling the past, present, and future of this great river.

Robert O. Collins, emeritus professor of history at University of California, Santa Barbara, has written numerous books on the history of Africa, the Sudan, and the Nile. He has also worked as a professional river guide and has traversed most of the Nile.
Loading...
or
Not Currently Available for Direct Purchase