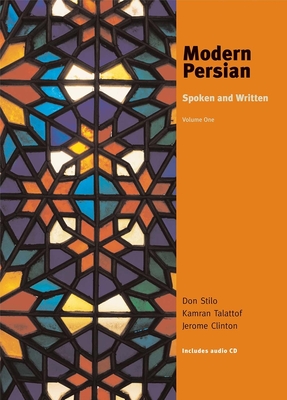 Although Persian is one of the world’s oldest languages, in its modern form it is still spoken by more than forty million people in Iran and by more than twenty million people elsewhere. These volumes provide students from beginning to intermediate levels with a mastery of modern Persian (also known as farsi) and with an understanding of colloquial Persian.

The books offer extended vocabulary, grammar, and essays on aspects of Iranian culture. Volume I emphasizes speaking and understanding, and Volume 2 focuses on the written language. The first to teach Persian as a living language, Modern Persian incorporates the most effective methodologies and the most recent cultural and linguistic changes occurring in Iran.

"This book offers a bold new approach to the teaching of Persian to speakers of English in general and to university students in particular. It presents a genuinely forward-looking vision both of the language learning process and of instructional methodologies."—Ahmad Karimi-Hakkak, University of Maryland