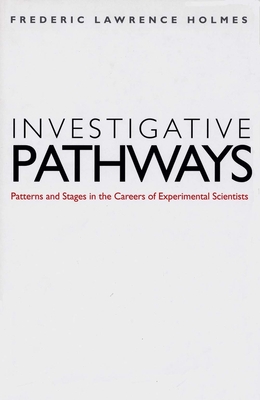 Patterns and Stages in the Careers of Experimental Scientists

This fascinating book is an investigation of scientific creativity. Following the research pathways of outstanding scientists over the past three centuries, it finds common features in their careers and their landmark discoveries and sheds light on the nature of long-term experimental research.
Frederic Lawrence Holmes begins by discussing various approaches to the historical study of scientific practice. He then explains three kinds of analysis of the individual scientific life: broad-scale, which examines the phases of a scientist’s career—apprenticeship, mastery, distinction, and maturity—over a lifetime; middle-scale, which explores the episodes within such a career; and fine-scale, which scrutinizes laboratory notebooks and other data to focus on the daily interplay between thought and operation.
Using these analyses, Holmes presents rich examples from his studies of six preeminent scientists: Antoine-Laurent Lavoisier, Claude Bernard, Hans Krebs, Matthew Meselson, Franklin Stahl, and Seymour Benzer. The similar themes that he finds in their work and careers lead him to valuable insights into enduring issues and problems in understanding the scientific process.

Frederic Lawrence Holmes was professor emeritus of the history of medicine at Yale University School of Medicine.