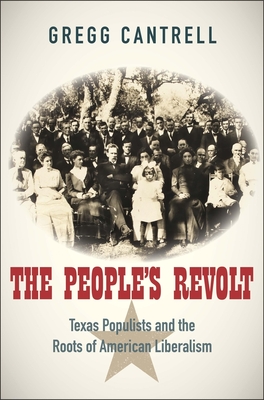 Texas Populists and the Roots of American Liberalism

In the years after the Civil War, the banks, railroads, and industrial corporations of Gilded‑Age America, abetted by a corrupt political system, concentrated vast wealth in the hands of the few and made poverty the fate of many. In response, a group of hard‑pressed farmers and laborers from Texas organized a movement for economic justice called the Texas People’s Party—the original Populists. Arguing that these Texas Populists were among the first to elaborate the set of ideas that would eventually become known as modern liberalism, Gregg Cantrell shows how the group broke new ground in reaching out to African Americans and Mexican Americans, rethinking traditional gender roles, and demanding creative solutions and forceful government intervention to solve economic inequality. While their political movement ultimately failed, this volume reveals how the ideas of the Texas People’s Party have shaped American political history.

Gregg Cantrell holds the Erma and Ralph Lowe Chair in Texas History at Texas Christian University. His previous books include Stephen F. Austin: Empresario of Texas and The History of Texas. He lives in Fort Worth, TX.

Praise For The People’s Revolt: Texas Populists and the Roots of American Liberalism…

“Gregg Cantrell’s The People’s Revolt is a work of deep research and profound wisdom that adds a critical dimension to our understanding of Populism and the American liberal tradition. It is political history at its finest.”—Charles Postel, author of The Populist Vision
“Outstanding. Cantrell’s claim is startling and cuts starkly against the grains of the current history of Populism. Meticulously researched and thoughtfully written, this is an essential read for anyone hoping to understand the roots of twentieth century politics.”—Nancy Beck Young, University of Houston
“Deeply researched and beautifully written, The People’s Revolt could not be more timely or important.  Gregg Cantrell restores the Populists to their rightful place at the leading edge of American liberalism through his close attention to the experiences of African Americans, ethnic Mexicans, and women in the crucible of Texas politics.”—Karl Jacoby, Columbia University
“Gregg Cantrell’s argument that Texas populists authored one of the key chapters in the development of American liberalism is provocative and rigorously advanced. It is a landmark contribution to a long conversation about democracy in the United States at a time when the stakes, as in the 1890s, could not be higher.”—Benjamin H. Johnson, Loyola University Chicago
“This is history at its finest: well written, insightful, clearly argued, and filled with carefully chosen supporting detail drawn from extensive study of the primary sources.”— Walter L. Buenger, University of Texas at Austin