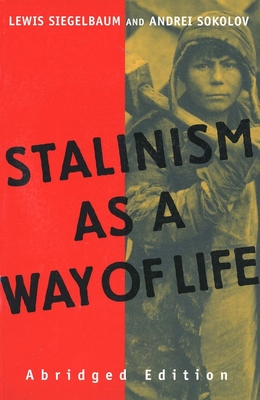 Stalinism as a Way of Life

A Narrative in Documents (Annals of Communism Series)

“Maybe some people are shy about writing, but I will write the real truth. . . . Is it really possible that people at the newspaper haven’t heard this. . . that we don’t want to be on the kolkhoz [collective farm], we work and work, and there’s nothing to eat. Really, how can we live?”—a farmer’s letter, 1936, from Stalinism as a Way of Life

What was life like for ordinary Russian citizens in the 1930s? How did they feel about socialism and the acts committed in its name? This unique book provides English-speaking readers with the responses of those who experienced firsthand the events of the middle-Stalinist period. The book contains 157 documents—mostly letters to authorities from Soviet citizens, but also reports compiled by the secret police and Communist Party functionaries, internal government and party memoranda, and correspondence among party officials. Selected from recently opened Soviet archives, these previously unknown documents illuminate in new ways both the complex social roots of Stalinism and the texture of daily life during a highly traumatic decade of Soviet history.

Accompanied by introductory and linking commentary, the documents are organized around such themes as the impact of terror on the citizenry, the childhood experience, the countryside after collectivization, and the role of cadres that were directed to “decide everything.” In their own words, peasants and workers, intellectuals and the uneducated, adults and children, men and women, Russians and people from other national groups tell their stories. Their writings reveal how individual lives influenced—and were affected by—the larger events of Soviet history.