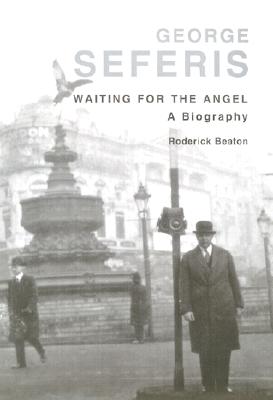 Waiting for the Angel: A Biography

Poet, essayist, diarist, novelist, and diplomat, George Seferis brought about a revolution in the way people viewed his native Greece. Acclaimed for his thought-provoking lyric poetry, he was awarded the Nobel Prize for Literature in 1963. At the same time, he rose in the diplomatic corps to the position of Ambassador to Britain. This elegantly written book--the first full biography of Seferis--provides insights into his work, life, and country. Roderick Beaton, an acknowledged authority on modern Greek literature and culture, draws on previously unknown sources to tell Seferis's story. He describes how Seferis occupied key diplomatic positions during periods of historic crisis before, during, and after World War II. He explores Seferis's service as Ambassador to London at a time when Greece and Great Britain were disputing the future of Cyprus, noting that some of Seferis's finest poetry was written about that troubled island. He analyzes Seferis's literary production and his impact on Lawrence Durrell, Henry Miller, and other British and American writers. Exploring the interplay between poet and diplomat, public and private, and poetry and politics in Seferis's life and career, this book will fascinate anyone interested in twentieth-century Greek literature, culture, or history.