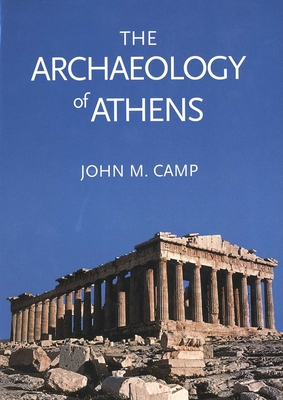 The Archaeology of Athens

The definitive work on the monuments of ancient Athens and Attica

In this book, a leading authority on the archaeology of ancient Greece presents a survey of the monuments—first chronologically and then site by site.

John M. Camp begins with a comprehensive narrative history of the monuments from the earliest times to the sixth century A.D. Drawing on literary and epigraphic evidence, including Plutarch’s biographies, Pausanias’s guidebook, and thousands of inscriptions, he discusses who built a given structure, when, and why. Camp presents dozens of passages in translation, allowing the reader easy access to the variety and richness of the ancient sources. In effect, this main part of the book provides an engrossing history of ancient Athens as recorded in its archaeological remains. The second section of the book offers in-depth discussions of individual sites in their physical context, including accounts of excavations in the modern era. Written in a clear and engaging style and lavishly illustrated, Camp’s archaeological tour of Athens is certain to appeal not only to scholars and students but also to visitors to the area.

John M. Camp is director of the Agora excavations of the American School of Classical Studies at Athens and professor of classics at Randolph-Macon College. His previous books include The Athenian Agora: Excavations in the Heart of Classical Athens.
Loading...
or
Not Currently Available for Direct Purchase