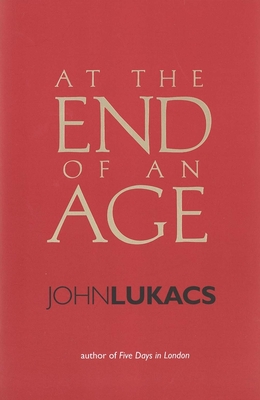 At the End of an Age

At the End of an Age isa deeply informed and rewarding reflection on the nature of historical and scientific knowledge. Of extraordinary philosophical, religious, and historical scope, it is the product of a great historian’s lifetime of thought on the subject of his discipline and the human condition. While running counter to most of the accepted ideas and doctrines of our time, it offers a compelling framework for understanding history, science, and man’s capacity for self-knowledge.
In this work, John Lukacs describes how we in the Western world have now been living through the ending of an entire historical age that began in Western Europe about five hundred years ago. Unlike people during the ending of the Middle Ages or the Roman empire, we can know where we are. But how and what is it that we know?

In John Lukacs’s view, there is no science apart from scientists, and all of “Science,” including our view of the universe, is a human creation, imagined and defined by fallible human beings in a historical continuum. This radical and reactionary assertion—in its way a summa ofthe author’s thinking, expressed here and there in many of his previous twenty-odd books—leads to his fundamental assertion that, contrary to all existing cosmological doctrines and theories, it is this earth which is the very center of the universe—the only universe we know and can know.