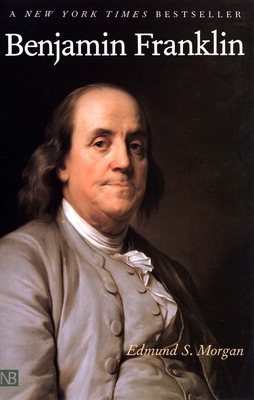 “None rivals Morgan’s study for its grasp of Franklin’s character.”—Joseph J. Ellis, London Review of Books

Benjamin Franklin is perhaps the most remarkable figure in American history: the greatest statesman of his age, he played a pivotal role in the formation of the American republic. He was also a pioneering scientist, a bestselling author, the country’s first postmaster general, a printer, a bon vivant, a diplomat, a ladies’ man, and a moralist—and the most prominent celebrity of the eighteenth century.

Franklin was, however, a man of vast contradictions, as Edmund Morgan demonstrates in this brilliant biography. A reluctant revolutionary, Franklin had desperately wished to preserve the British Empire, and he mourned the break even as he led the fight for American independence. Despite his passion for science, Franklin viewed his groundbreaking experiments as secondary to his civic duties. And although he helped to draft both the Declaration of Independence and the American Constitution, he had personally hoped that the new American government would take a different shape. Unraveling the enigma of Franklin’s character, Morgan shows that he was the rare individual who consistently placed the public interest before his own desires.

Written by one of our greatest historians and a Pulitzer Prize winner, Benjamin Franklin offers a provocative portrait of America’s most extraordinary patriot.

Edmund S. Morgan (1916–2013) was Sterling Professor of History Emeritus at Yale University. He wrote more than a dozen books including Inventing the People: The Rise of Popular Sovereignty in England and America, which won the Bancroft Prize, and American Slavery, American Freedom, which won the Francis Parkman Prize and the Albert J. Beveridge Award. Cited as “one of America’s most distinguished historians,” Morgan was awarded the National Humanities Medal in 2000; in 2006, he received a special Pulitzer Prize "for a creative and deeply influential body of work as an American historian that spans the last half century."
Loading...
or
Not Currently Available for Direct Purchase