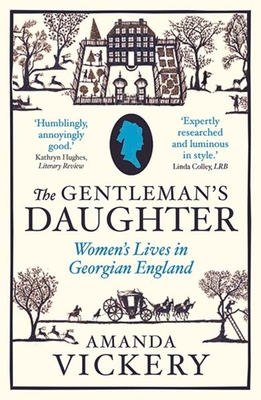 What was the life of an eighteenth-century British genteel woman like? In this lively and controversial book, Amanda Vickery invokes women’s own accounts of their intimate and their public lives to argue that in the eighteenth and early nineteenth centuries the scope of female experience did not diminish—in fact, quite the reverse. Refuting the common understanding that in Georgian times the daughters of merchants, the wives of lawyers, and the sisters of gentlemen lost female freedoms and retreated into their homes, Vickery shows that these women experienced expanding social and intellectual horizons. As they embraced a world far beyond the boundaries of their own parishes through their tireless writing and ravenous reading, genteel women also enjoyed an array of emerging new public arenas—assembly rooms, concert series, theater seasons, circulating libraries, day-time lectures, urban walks, and pleasure gardens.

Based on the letters, diaries, and account books of over one hundred women from commercial, professional, and gentry families, this book transforms our understanding of the position of women in Georgian England. In their own words, they tell of their sometimes humorous, sometimes moving experiences and desires, and of their many roles, including kinswoman, wife, mother, housekeeper, consumer, hostess, and member of polite society. By the nineteenth century, family duties continued to dominate women’s lives, yet, Vickery contends, the public profile of privileged women had reached unprecedented heights.