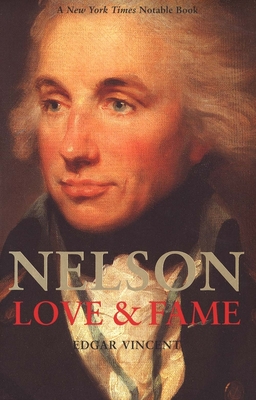 Legendary for exploits in war and love, the perennially fascinating Horatio Nelson comes into clear view in this captivating new biography

Nelson’s naval glory, public fame, charismatic leadership, scandalous romance, and untimely death as he led the British to victory at the Battle of Trafalgar have ensured his enduring position as England’s favorite hero. This engaging, full-length biography of Nelson (1758–1805) presents a gripping account of his career and climb to fame interwoven with the fascinating details of his personal and emotional life.

A man of contradictions, Nelson emerges in this biography as a ruthless and aggressive leader; an ambitious attention-seeker capable of childish behavior; but a figure admired for his courage, kindness, and leadership skills. Edgar Vincent offers a number of new interpretations of aspects of Nelson’s life, illuminates the motives and attitudes of key figures who surrounded him, and provides an account of his early infatuations, his courtship of his wife Fanny, and his passion for his celebrated mistress Lady Hamilton. Captured on these pages in all his vigor and complexity, Nelson is as charismatic a figure today as he was two hundred years ago.

Praise For Nelson: Love and Fame…

“Easily the best biography of Nelson I’ve ever read, a superb, fully rigged 74-gun ship of a book.”—Andrew Roberts


“Nelson: Love and Fame has the potential to prove a great success, to be very popular indeed, and to establish itself as the fullest and best life of Nelson for a generation.”—Rory Muir, author of Tactics and the Experience of Battle in the Age of Napoleon

Since his retirement as a senior manager from ICI, Edgar Vincent has been researching and writing about Horatio Nelson. He first became interested in Nelson during his own service in the British Royal Navy four decades ago.
Loading...
or
Not Currently Available for Direct Purchase