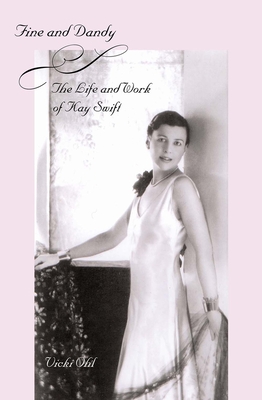 The Life and Work of Kay Swift

Kay Swift (1897–1993) was one of the few women composers active on Broadway in the first half of the twentieth century. Best known as George Gershwin’s assistant, musical adviser, and intimate friend, Swift was in fact an accomplished musician herself, a pianist and composer whose Fine and Dandy (1930) was the first complete Broadway musical written by a woman. This fascinating book—the first biography of Swift—discusses her music and her extraordinary life.

Vicki Ohl describes Swift’s work for musical theater, the ballet, Radio City Music Hall’s Rockettes, and commercial shows. She also tells how Swift served as director of light music for the 1939 World’s Fair, eloped with a cowboy from the rodeo at the fair, and abandoned her native New York for Oregon, later fashioning her experiences into an autobiographical novel, Who Could Ask for Anything More? Informed by rich material, including Swift’s unpublished memoirs and extensive interviews with her family members and friends, this book captures the essence and spirit of a remarkable woman.

Vicki Ohl is professor of piano and theory at Heidelberg College.