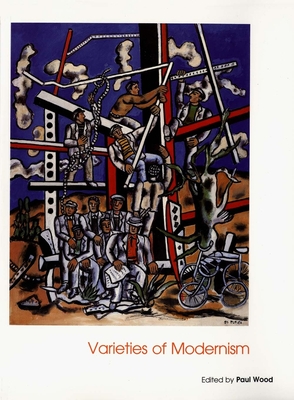 Varieties of Modernism (Art of the Twentieth Century)

This book, the third in the Art of the Twentieth Century series, considers works of art produced in Europe and the United States between the 1930s and the 1960s.

Arranged in four main parts, this abundantly illustrated book begins by examining aspects of the European avant-garde from the 1930s to the aftermath of the Second World War. The second part focuses on the emergence of Abstract Expressionism in the U.S., in particular the work of Jackson Pollock and important critics. Part three looks at “autonomous” high modernism of the early to mid-1960s and the contemporary, related modernist theorization of photography. The final part of the book addresses the reemergence in the 1950s and 1960s of the concerns of the 1920 avant-gardes operating in the so-called “gap between art and life.”


Published in association with The Open University


Praise For Varieties of Modernism (Art of the Twentieth Century)…

“This new series has much to commend it. It shows a keen awareness of recent artistic and critical developments, and it establishes a balance between setting the historical framework and analyzing themes and issues. These books, individually and as a group, provide an unusually coherent and comprehensive survey of the complex phenomenon of modern art over the whole course of the twentieth century.”—Alex Potts, University of Michigan

Paul Wood is senior lecturer in art history, The Open University.
Loading...
or
Not Currently Available for Direct Purchase