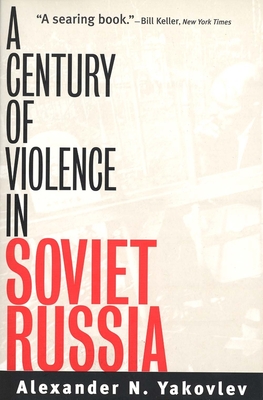 A Century of Violence in Soviet Russia

The main architect of the concept of perestroika under Gorbachev, Alexander N. Yakovlev played a unique role in the transformation of the Soviet Union. Now, drawing on his own experiences and on his privileged access to state and Party archives, he reflects on the evils of the system that shaped the country he loves.
“A searing book.”—Bill Keller, New York Times
“Well documented. . . . [Yakovlev] provides a systematic and keenly insightful analysis of the Bolshevik Revolution and the Soviet system up to its collapse. . . . This is a book that deserves to be widely read.”—Aurel Braun, Globe and Mail (Toronto)
“Among the best 250 pages you will ever read on Stalin.”—Simon Sebag Montefiore, Sunday Times
“A fierce, raging indictment of the Soviet system.”—Virginia Quarterly Review
“The quest for truth and justice erupts with explosive force in [this].”—David Pryce-Jones, National Review