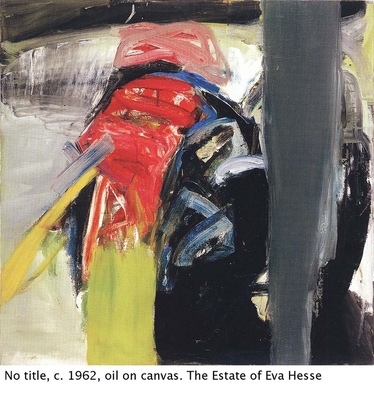 The work of Eva Hesse (1936–1970) has been the focus of growing attention over the past few decades. With recent major exhibitions in San Francisco, London, and Wiesbaden, Hesse’s tremendous contribution to the art world of the 1960s and '70s is now recognized by scholars and the general public alike.

These two lavishly produced volumes are the first in a major new publishing initiative: a four-volume catalogue raisonné of Hesse’s known artwork in all media: painting, sculpture, and works on paper. During her career, Hesse created 135 paintings and 176 sculptures, objects, and test pieces. As her paintings are less well known than her sculptures, Volume I will be a revelation to many. Revealed here are 28 previously unknown paintings, including works that date from her time as an art student at Yale University.

Hesse’s sculpture is more widely known but is presented here anew with many recently commissioned photographs and fascinating archival images. Twenty-one previously unknown sculptures are presented in Volume II, including two painted wooden boxes presumably made in New York in 1964, in which the first signs of Hesse’s shift from painting to sculpture occurred, and numerous previously unknown test pieces.

Renate Petzinger is exhibitions curator and deputy director at Museum Wiesbaden in Germany. Barry Rosen is a curatorial consultant in New York City.
Loading...
or
Not Currently Available for Direct Purchase