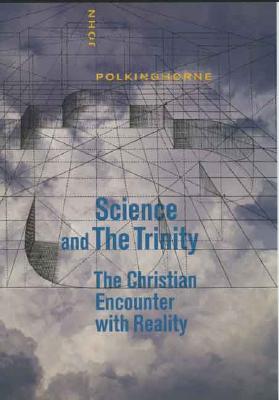 Science and the Trinity

The Christian Encounter with Reality

Most often, the dialogue between religion and science is initiated by the discoveries of modern science—big bang cosmology, evolution, or quantum theory, for example. In this book, scientist-theologian John Polkinghorne changes the discussion. He approaches the dialogue from a little-explored perspective in which theology shapes the argument and sets the agenda of questions to be considered.
The author begins with a review of approaches to science and religion in which the classification focuses on theological content rather than on methodological technique. He then proceeds with chapters discussing the role of Scripture, a theology of nature, the doctrine of God, sacramental theology, and eschatology. Throughout, Polkinghorne takes the perspective of Trinitarian thinking while arguing in a style that reflects the influence of his career as a theoretical physicist. In the final chapter, the author defends the appropriateness of addressing issues of science and religion from the specific standpoint of his Christian belief. His book provides an important model for theologians and scientists alike, showing how their two fields can inform one another in significant ways.


Praise For Science and the Trinity: The Christian Encounter with Reality…


"Polkinghorne writes convincingly, fairly, and with nuance, choosing relevant and sometimes wonderfully surprising examples from nature or the Bible. He provides dozens of almost completely new ways of seeing connections among various phenomena."—Guy Fitch Lytle III, The School of Theology, The University of the South, Sewanee

John Polkinghorne, F.R.S., K.B.E., is past president and now fellow of Queens' College, Cambridge, as well as canon theologian of Liverpool. A quantum physicist who became an Anglican priest, he is one of only two clergypersons who are Fellows of the Royal Society. Among his many honors is the 2002 Templeton Prize for Progress Toward Research or Discoveries about Spiritual Realities.
Loading...
or
Not Currently Available for Direct Purchase