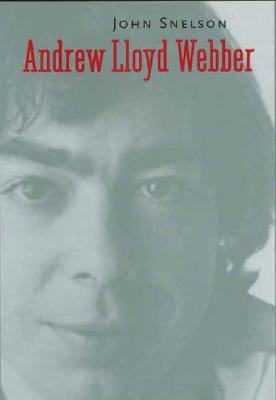 Andrew Lloyd Webber is the most famousand most controversialcomposer of musical theater alive today. Hundreds of millions of people have seen his musicals, which include "Cats, The Phantom of the Opera, Starlight Express, Joseph and the Amazing Technicolor Dreamcoat, Jesus Christ Superstar, Evita, "and" Sunset Boulevard. "Even more know his songs.
Lloyd Webber's many awards include seven Tonys and three Grammysbut he has nonetheless been the subject of greater critical vitriol than any of his artistic peers. Why have both the man and his work provoked such extreme responses? Does he challenge his audiences, or merely recycle the comfortable and familiar? Over three decades, how has Lloyd Webber changed fundamentally what a musical can be?
In this sustained examination of Lloyd Webber's creative career, the music scholar John Snelson explores the vast range of influences that have informed Lloyd Webber's work, from film, rock, and pop music to Lloyd Webber's own life story. This rigorous and sympathetic survey will be essential reading for anyone interested in Lloyd Webber's musicals and the world of modern musical theater that he has been so instrumental in shaping.

"This is an extremely comprehensive, well-balanced and rich survey of Andrew Lloyd Webber's entire career."—William A. Everett, co-editor, The Cambridge Companion to the Musical


“It is a considerable tribute to the quintessentially British Andrew Lloyd Webber that he should feature so early in a Broadway Masters series: John Snelson's masterly account of his music is not intended as a full-scale biography, but as a technical study of his work it is unbeatable.”—Sheridan Morley

John Snelson is Editor of Publications at the Royal Opera House, Covent Garden.
Loading...
or
Not Currently Available for Direct Purchase