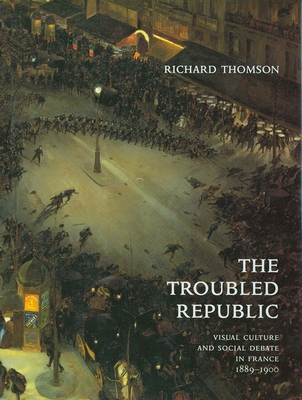 Fin-de-siècle France was a period of unrest, with strikes, demonstrations, and anarchist terrorism reflecting deep social and political differences. Yet at the same time, this decade produced a vibrant visual culture—monumental sculpture, mural decoration, avant-garde painting, posters, illustrations, and photography—much of which was used to articulate France’s ideological arguments. This fascinating book shows how four key issues in social debate were treated by contemporary artists.

Richard Thomson begins by exploring disquieting attitudes toward the body and sexuality that resulted from France’s concerns about national decadence after its defeat in the Franco-Prussian War. He then considers how artists depicted crowds and represented public discomfort about mass unrest. Next he discusses religious imagery during a decade when the Catholic Church was attempting to come to terms with Republicanism. And finally he addresses the question of revenge against Germany for the annexation of Alsace-Lorraine, showing that it was kept alive in contemporary art.