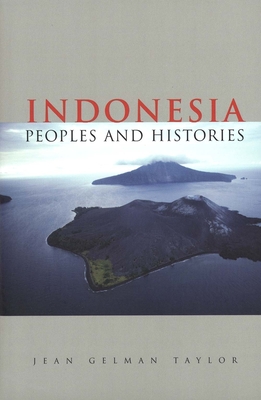 Indonesia is the fourth largest country in the world. It comprises more than 17,000 islands inhabited by 230 million people who speak over 300 different languages. Now the world’s largest Muslim nation, Indonesia remains extraordinarily heterogeneous due to the waves of immigration—Buddhist, Hindu, Arab, and European—that have defined the region’s history.

Fifty years after the collapse of Dutch colonial rule, Indonesia is a nation in the midst of dramatic upheaval. In this broad survey, Jean Gelman Taylor explores the connections between the nation’s many communities, and the differences that propel contemporary breakaway movements.

Drawing on a broad range of sources, including art, archaeology, and literature, Taylor provides a historical overview from the prehistoric period to the present day. The text is enlivened by brief “capsule” histories on topics ranging from pepper to Maharajas to smallpox.

This ambitious book—the first new history of Indonesia written in over twenty years—will be essential reading for anyone interested in the history of Southeast Asia and the future stability of the region.

Praise For Indonesia: Peoples and Histories…

"Clear, erudite, and authoritative, this book provides a rich coverage of the vast tapestry of Indonesian society."—Ben Kiernan, Yale University


“Jean Gelman Taylor has written an authoritative, accessible and interesting book that brings a new vividness to Indonesian history. She guides her readers on an absorbing journey through Indonesia’s complex past. Her original approach has produced a work that will engage the general reader, stimulate the student and challenge the specialist.”—Barbara Watson Andaya, University of Hawaii

Jean Gelman Taylor is a senior lecturer in history at the University of New South Wales.
Loading...
or
Not Currently Available for Direct Purchase