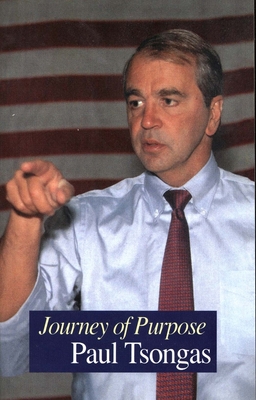 In this inspiring book, one of the most respected senior figures in American politics defines his political philosophy for the country as we approach the end of the twentieth century. For many years Paul Tsongas, the former United States senator from Massachusetts and 1992 Democratic presidential candidate, has stressed the virtues of economic growth, fiscal responsibility, and social inclusiveness. He now tells us how we can achieve these goals if responsible politicians and ordinary citizens view the future as a "journey of purpose."

Tsongas begins with a personal account of his 1992 political campaign, revealing why he entered the race for president, how he felt as the campaign foundered for lack of funds, and the lessons he learned. He next discusses the need for a multicultural meritocracy in the United States, presenting his opinions on gays in the military, affirmative action, and other controversial subjects. Finally he offers his interpretation of the 1994 election that swept the Republican Party into power in both the Senate and House, asserting that the election should be seen not as a mandate for Republican ideology but rather as a massive rejection of Democratic policy. Tsongas suggests that there is a vast number of Americans who are socially liberal and fiscally conservative, who are not satisfied with the programs of either major party, and whose needs might be filled by a third party, and he articulates principles that this party might follow. He concludes by challenging America's young people to broaden the view of who Americans are and what Americans can be, to make their own lives a journey of purpose.