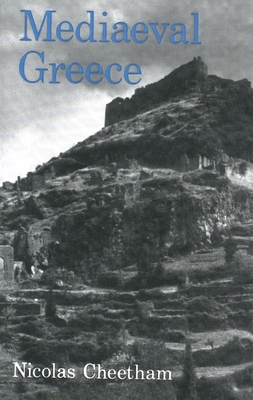 The history of Greece between the collapse of the Roman Empire and the birth of the modern Greek state is for most people an historical blank.  Specialist studies are not lacking, but unlike the other Mediterranean lands that have been the subject of many recent books, there has been no general history of mediaeval Greece published in English since 1908.  This book is an attempt to fill the gap.

The history of Greece in this period offers a long series of human dramas played out among clashes and contrasts between races, cultures, and religions; between Greeks and Slavs; between Frenchmen, Italians, Catalans, and Turks; between the Orthodox, the Catholic, and the Moslem faiths; between the old order and audacious intruders.  Western knights jousted among the ruins of antiquity, and Venetian and Turkish galleys fought each other throughout the Aegean.

After an introductory account of the Dark Age invasions of Goths and Slavs and of the survival and reestablishment of the Greek identity under Byzantine rule, Nicolas Cheetham discusses the Frankish domination of Greece after the Fourth Crusade (1204) when Frenchmen and Italians divided Greece between them and set up rival feudal dynasties.  The book describes how princes from Champagne, dukes from Burgundy, Catalan adventurers, and Florentine bankers ruled in the Peloponnese and at Athens, and how the Greeks led by Palaeologus and Cantacuzeno from Byzantium reconquered the country, only to lose it again to the Turks.

This book illuminates a long but hitherto little known period in the history of one of Europe’s most intensively studied countries.