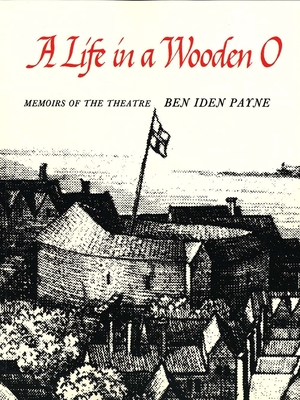 A Life in a Wooden O

Memoirs of the Theatre

Ben Iden Payne spent more than seventy years in the theatre in England and America. On his retirement at the age of ninety it was a very different theatre from the one he entered at nineteen on joining Frank Benson’s touring Shakespeare company. That change was due in no small part to his own efforts. Payne could point to many experiences that would have guaranteed him a place in theatre annals: He was a director of the Abbey Theatre in Dublin. He staged plays for such stars as John Drew, William Gillette, John and Ethel Barrymore, Otis Skinner, and Helen Hayes. And for eight years he was general director of the Shakespeare Memorial Theatre at Stratford-upon-Avon.
Though Payne’s career fills three columns in Who’s Who in the Theatre, two unique achievements stand out from the others. In 1907, as director of Miss Horniman’s Gaiety Theatre company in Manchester, he initiated the repertory movement in England. In four years he brought it to a peak of excellence that has never been surpassed. Later, in America, he began a career in educational theatre that would span half a century. At the Carnegie Institute of Technology he developed his "modified Elizabethan staging" – a technique that has left an indelible mark on the production of Shakespeare’s plays.
In this memoir Payne recalls the English theatre at the turn of the century with wit and affection. His accounts of the popular actor-managers, the fit-up companies, the Playboy riots, and of Yeats, Miss Horniman, and William Poel vividly depict an era. He captures the spirit of the American theatre of the teens, twenties, and thirties – the flamboyance of its producers, the foibles of its stars, and the casting practices that reduced able actors to types.
Above all, Payne tells of his consuming desire to recreate the basic conditions of Shakespeare’s own theatre in order to present his plays most effectively. No antiquarian, he does not quibble over structural details of the "wooden O’s" that housed Elizabethan stages. Instead he writes as a practical theatre man determined to achieve the continuous and fluid movement needed to preserve the "melodic line" of Shakespeare’s plays. The success with which he pursued this ambition has influenced theatre design and inspired others to carry on his work. Yet, in spite of the distinction of his long career, Payne recalls it with the modest simplicity that endeared him to generations of actors and students.