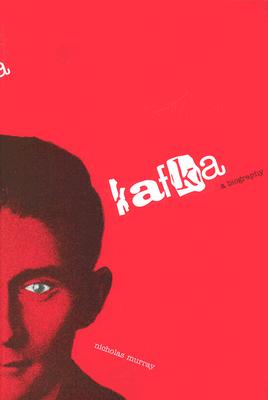 The definitive biography of the representative writer of our age

Although Franz Kafka (1883–1924) completed only a small number of works in his lifetime, perhaps no other author has had a greater influence on twentieth-century consciousness. This engrossing biography of the Czech novelist and short-story writer emphasizes the cultural and historical contexts of his fiction and focuses for the first time on his complex relationship with his father.

Nicholas Murray paints a picture of Kafka’s German-speaking Jewish family and the Prague mercantile bourgeoisie to which they belonged. He describes Kafka’s demanding professional career, his ill health, and the constantly receding prospects of a marriage he craved. He analyzes Kafka’s poor relationship with his father, Hermann, which found its most eloquent expression in Kafka’s story “The Judgement,” about a father who condemns his son to death by drowning. And he asserts that the unsettling flavor of Kafka’s books—stories suffused with guilt and frustration—derives from his sense of living in a mysteriously antagonistic world, of being a criminal without having knowingly committed a crime.

Compelling and empathetic, this book sheds new light on a man of unique genius and on his enigmatic works.

Praise For Kafka: A Biography…

"This book is the most accessible and readable biography of Kafka in English to date. Murray has accomplished quite a feat: to carefully capture the historical and contextual scope of Kafka's literary life, as well as his complex inner and personal life."—Kathi Diamant, author of Kafka's Last Love: The Mystery of Dora Diamant

Nicholas Murray is the author of many books, including biographies of Bruce Chatwin, Matthew Arnold, and Aldous Huxley, a book of poetry, and two novels.