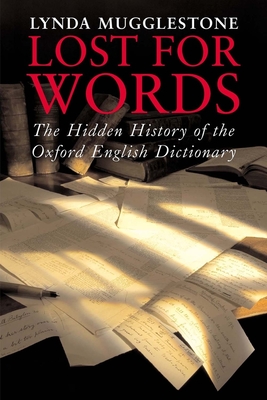 The Hidden History of the Oxford English Dictionary

The untold story of the complex word battles fought by the creators of the first Oxford English Dictionary.

The Oxford English Dictionary (OED) holds a cherished position in English literary culture. The story behind the creation of what is indisputably the greatest dictionary in the language has become a popular fascination. This book looks at the history of the great first edition of 1928, and at the men (and occasionally women) who distilled words and usages from centuries of English writing and “through an act of intellectual alchemy captured the spirit of a civilization.”

The task of the dictionary was to bear full and impartial witness to the language it recorded. But behind the immaculate typography of the finished text, the proofs tell a very different story. This vast archive, unexamined until now, reveals the arguments and controversies over meanings, definitions, and pronunciation, and which words and senses were acceptable—and which were not.

Lost for Words examinesthe hidden history by which the great dictionary came into being, tracing—through letters and archives—the personal battles involved in charting a constantly changing language. Then as now, lexicographers reveal themselves vulnerable to the prejudices of their own linguistic preferences and to the influence of contemporary social history.

Praise For Lost for Words: The Hidden History of the Oxford English Dictionary…

“The OED was one of the great creative enterprises of Victorian England. It is a real tour-de-force to make the words in the dictionary tell their own story.” —Nicolas Barker

“Erudite, thoroughly annotated, and thrilling for scholars, academics, and wordsmiths. . . . a worthy addition to any university, public, or personal library.”

Lynda Mugglestone is fellow in English at Pembroke College, Oxford. She is the author of Talking Proper: The Rise of Accent of Social Symbol (2nd ed, 2003), and has published widely on nineteenth-century language and literature. She broadcasts regularly in the UK.
Loading...
or
Not Currently Available for Direct Purchase