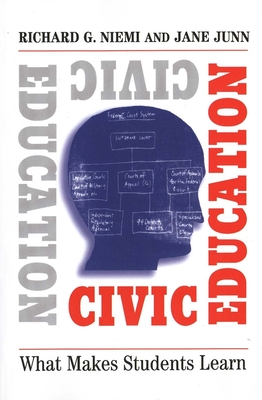 Sound democratic decisions rely on a citizenry with at least a partial mastery of the rules and workings of democratic government.  American high schools, where students learn the basics of citizenship, thus ought to play a critical role in the success of democracy.  Yet studies examining the impact of high school government and civics courses on political knowledge over the past quarter-century have generally shown that these courses have little or no effect.  In this important book, Richard G. Niemi and Jane Junn take a fresh look at what America’s high school seniors know about government and politics and how they learn it.  The authors argue convincingly that secondary school civics courses do indeed enhance students’ civic knowledge.

This book is based on the most extensive assessment to date of civic knowledge among American youth—the 1988 National Assessment of Education Progress (NAEP) Civics Assessment.  The authors develop and test a theoretical model to explain the cognitive process by which students learn about politics and they conclude by suggesting specific changes in the style and emphasis of civics teaching.