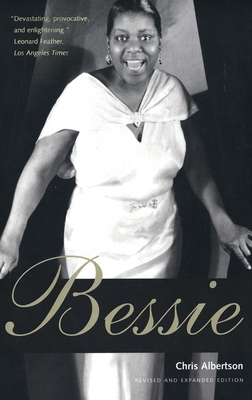 The definitive biography of Bessie Smith, the great singer known as the “Empress of the Blues”

Considered by many to be the greatest blues singer of all time, Bessie Smith was also a successful vaudeville entertainer who became the highest paid African-American performer of the roaring twenties. This book—a revised and expanded edition of the classic biography of this extraordinary artist—debunks many of the myths that have circulated since her untimely death in 1937.

Chris Albertson writes with insight and candor about the singer’s personal life and her career, supplementing his historical research with dozens of interviews with her relatives, friends, and associates, in particular Ruby Walker Smith, a niece by marriage who toured with Bessie for over a decade. For this new edition he includes more details of Bessie’s early years, new interview material, and a chapter devoted to events and responses that followed the original publication in 1971.

"The first estimable full-length biography not only of Bessie Smith but of any black musician.”—Whitney Balliett, New Yorker (on the first edition)


“A remarkably clear-eyed examination of Smith’s personality (and sexuality) and, more important, of the gritty and greedy music business.”—Benjamin Schwarz, Atlantic Monthly


“The most devastating, provocative, and enlightening work of its kind ever contributed to the annals of jazz literature.”—Leonard Feather, Los Angeles Times (on the first edition)

Chris Albertson is the acknowledged authority on Bessie Smith. A long-time contributor to Stereo Review, Down Beat, Saturday Review, and other publications, he has written extensive liner notes for jazz and blues albums and has produced a wide array of recordings, radio, and television programs.
Loading...
or support indie stores by buying on