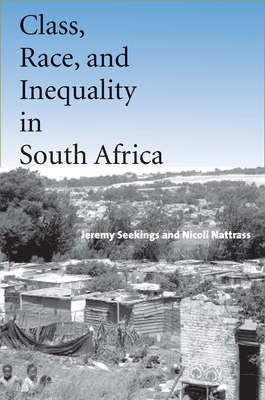 The distribution of incomes in South Africa in 2004, ten years after the transition to democracy, was probably more unequal than it had been under apartheid. In this book, Jeremy Seekings and Nicoli Nattrass explain why this is so, offering a detailed and comprehensive analysis of inequality in South Africa from the midtwentieth century to the early twenty-first century. They show that the basis of inequality shifted in the last decades of the twentieth century from race to class. Formal deracialization of public policy did not reduce the actual disadvantages experienced by the poor nor the advantages of the rich. The fundamental continuity in patterns of advantage and disadvantage resulted from underlying continuities in public policy, or what Seekings and Nattrass call the “distributional regime.” The post-apartheid distributional regime continues to divide South Africans into insiders and outsiders. The insiders, now increasingly multiracial, enjoy good access to well-paid, skilled jobs; the outsiders lack skills and employment.


Praise For Class, Race, and Inequality in South Africa…

"This provocative book analyzes the origins of inequality in the apartheid era and their persistence, even intensification, through a decade of African National Congress rule. Seekings and Nattrass make a powerful case for critical policy changes on behalf of the millions of the dispossessed and unemployed who have had only meager material benefits, if any at all, from a decade of democratic governance."—Alan Jeeves, Southern African Research Centre, Kingston, Canada
— Alan Jeeves

"This is one of the most important social science studies on South Africa in recent years. Carefully researched and tightly argued, it pays every attention to the malign legacies of apartheid. But it also criticizes post-apartheid policies, demonstrating that while class has largely replaced race as the determinant of inequality, income inequalities may in fact have deepened since the end of white minority rule."—Colin Bundy, Director and Principal, School of Oriental & African Studies