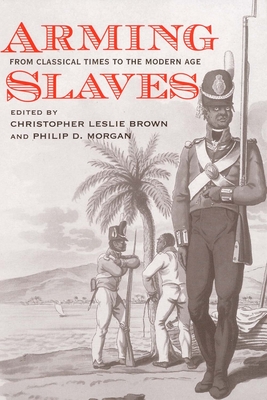 Arming slaves as soldiers is a counterintuitive idea. Yet throughout history, in many varied societies, slaveholders have entrusted slaves with the use of deadly force. This book is the first to survey the practice broadly across space and time, encompassing the cultures of classical Greece, the early Islamic kingdoms of the Near East, West and East Africa, the British and French Caribbean, the United States, and Latin America.

To facilitate cross-cultural comparisons, each chapter addresses four crucial issues: the social and cultural facts regarding the arming of slaves, the experience of slave soldiers, the ideological origins and consequences of equipping enslaved peoples for battle, and the impact of the practice on the status of slaves and slavery itself. What emerges from the book is a new historical understanding: the arming of slaves is neither uncommon nor paradoxical but is instead both predictable and explicable.


Praise For Arming Slaves: From Classical Times to the Modern Age (The David Brion Davis Series)…

“No other book comes close to the broad coverage and wide scope of this important collection.”—Stanley Engerman, University of Rochester