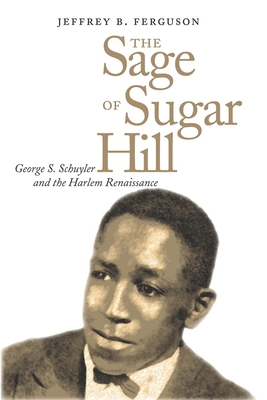 The Sage of Sugar Hill

This book is the first to focus a bright light on the life and early career of George S. Schuyler, one of the most important intellectuals of the Harlem Renaissance. A popular journalist in black America, Schuyler wielded a sharp, double-edged wit to attack the foibles of both blacks and whites throughout the 1920s. Jeffrey B. Ferguson presents a new understanding of Schuyler as public intellectual while also offering insights into the relations between race and satire during a formative period of African-American cultural history.

Ferguson discusses Schuyler’s controversial career and reputation and examines the paradoxical ideas at the center of his message. The author also addresses Schuyler’s drift toward the political right in his later years and how this has affected his legacy.


Praise For The Sage of Sugar Hill: George S. Schuyler and the Harlem Renaissance…

"This is a brilliant book. Jeffrey Ferguson has made an extraordinary contribution to the intellectual history of George Schuyler and the Harlem Renaissance, and also to contemporary debates about the form and content of racial politics."—Eddie Glaude, Princeton University
— Eddie Glaude

“Schuyler is all too often left off lists of twentieth-century black intellectuals, yet there are few whose careers are so lengthy and fascinating. Ferguson’s study is a major contribution to our understanding of this important figure.”—Farah Griffin, Columbia University

Jeffrey B. Ferguson is assistant professor of black studies and American studies at Amherst College.