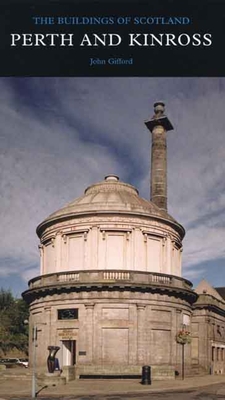 Perth and Kinross, at the geographical heart of Scotland, contains a wide diversity of buildings including the remains of a Roman line of forts and watch towers, carved stones erected by the warrior aristocracy of the sixth to ninth centuries, the inventive medieval Dunkeld Cathedral, and the island fortress of Lochleven Castle. Blair Castle's mid-eighteenth-century stucco work is unequalled in Scotland. A multitude of smaller country houses embrace a variety of styles, while Georgian and Victorian churches, many with superb stained glass, abound. Towns and villages range from Dunkeld, the epitome of a small Scottish burgh, to the Royal burgh of Perth.

This is the tenth volume in the Buildings of Scotland series.