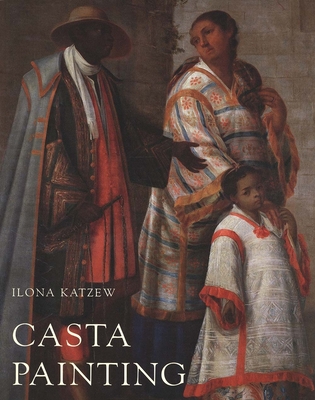 Images of Race in Eighteenth-Century Mexico

The pictorial genre known as casta painting is one of the most compelling forms of artistic expression from colonial Mexico. Created as sets of consecutive images, the works portray racial mixing among the main groups that inhabited the colony: Indians, Spaniards, and Africans. In this beautifully illustrated book, Ilona Katzew places casta paintings in their social and historical context, showing for the first time the ways in which the meanings of the paintings changed along with shifting colonial politics.

The book examines how casta painting developed art historically, why race became the subject of a pictorial genre that spanned an entire century, who commissioned and collected the works, and what meanings the works held for contemporary audiences. Drawing on a range of previously unpublished archival and visual material, Katzew sheds new light on racial dynamics of eighteenth-century Mexico and on the construction of identity and self-image in the colonial world.