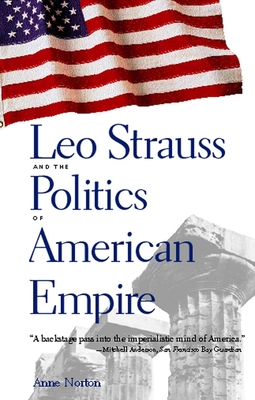 Leo Strauss and the Politics of American Empire

The teachings of political theorist Leo Strauss (1899–1973) have recently received new attention, as political observers have become aware of the influence Strauss’s students have had in shaping conservative agendas of the Bush administration—including the war on Iraq. This provocative book examines Strauss’s ideas and the ways in which they have been appropriated, or misappropriated, by senior policymakers.

Anne Norton, a political theorist trained by some of Strauss’s most famous students, is well equipped to write on Strauss and Straussians. She tells three interwoven narratives: the story of Leo Strauss, a Jewish German-born émigré, who carried European philosophy into a new world; the story of the philosophic lineage that came from Leo Strauss; and the story of how America has been made a moral battleground by the likes of Paul Wolfowitz, Leon Kass, Carnes Lord, and Irving Kristol—Straussian conservatives committed to an American imperialism they believe will usher in a new world order.

Anne Norton is professor of political science at the University of Pennsylvania.