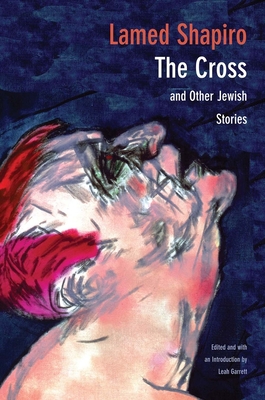 The Cross and Other Jewish Stories (New Yiddish Library Series)

A riveting collection of controversial tales about violence in the modern world, by an undiscovered Yiddish master

Lamed Shapiro (1878-1948) was the author of groundbreaking and controversial short stories, novellas, and essays. Himself a tragic figure, Shapiro led a life marked by frequent ocean crossings, alcoholism, and failed ventures, yet his writings are models of precision, psychological insight, and daring. Shapiro focuses intently on the nature of violence:  the mob violence of pogroms committed against Jews; the traumatic aftereffects of rape, murder, and powerlessness; the murderous event that transforms the innocent child into witness and the rabbi's son into agitator. Within a society on the move, Shapiro's refugees from the shtetl and the traditional way of life are in desperate search of food, shelter, love, and things of beauty. Remarkably, and against all odds, they sometimes find what they are looking for. More often than not, the climax of their lives is an experience of ineffable terror. This collection also reveals Lamed Shapiro as an American master. His writings depict  the Old World struggling with the New, extremes of human behavior combined with the pursuit of normal  happiness. Through the perceptions of a remarkable gallery of men, women, children—of even animals and plants—Shapiro successfully reclaimed the lost world of the shtetl as he negotiated East Broadway and the Bronx, Union Square, and vaudeville. Both in his life and in his unforgettable writings, Lamed Shapiro personifies the struggle of a modern Jewish artist in search of an always elusive home.

"This collection, including the classic translations of the great stories, 'Eating Days' and 'White Challah,' as well as the new translations of Shapiro's previously untranslated fiction will be of great importance to all who teach modern Jewish literature, culture, and history."—Kathryn Hellerstein, University of Pennsylvania

"Leah Garrett's introduction and the stories themselves make a most convincing case for the importance of Lamed Shapiro in modern literary studies, an equal to and contemporary of Isaac Babel in Russian and Delmore Schwartz in English."—Kathryn Hellerstein, University of Pennsylvania

"Lamed Shapiro confronts violence as it assaulted the Jews, unmediated and murderous. Yet as in Samson's riddle, out of the strong came something sweet. This book captures Shapiro's uniquely fused lyricism and power."—Ruth R. Wisse, Harvard University